Rimsky-Korsakov's Scheherazade features what I believe to be the most famous bassoon solos in the orchestral literature.  I was fortunate enough to have had the opportunity to perform Scheherazade this past weekend with the Columbus Symphony under the direction of our brand new Music Director, Jean-Marie Zeitouni.

I vividly remember the first time I played the Scheherazade solos with orchestra.  I was quite young and had been just hired by the Columbus Symphony.  I was nervous, to say the least- so nervous that I was in a partial blackout throughout the Andantino solo.  (The cadenzas later in the movement inspired a near-death experience......)

Scheherazade is a story about one of history's greatest storytellers and the tales she weaves.  Scheherazade is the young bride of the king of Persia (aka the Sultan). The Sultan was upset that his former wife cheated on him, so he decided to take a new wife every day and have her executed the next morning.  But it all stops with Scheherazade. She marries the Sultan in order to save all future young women from this fate.  She tells him fascinating stories, leaving him in such suspense each night that he can't execute her the next morning for fear of not hearing the end of the story.  After 1,001 of these well-told tales, the Sultan relents.

In other words, this bassoon solo has to be so captivating  that it has the power to save lives!  Wow.  That's a tall order.

The interpretation of this solo is an individual matter; we each have our own stories to tell, after all.

One bit of advice which may help in preparation for the Andantino solo is that it's really helpful to practice with accompaniment.  I like to set an electronic keyboard to sustain the chords that the strings play during the solo, using a setting that sounds like string instruments.  So for the very opening, use Bs and F#s in octaves in the bass clef. Of course, this method of practicing has to be segmented because the chords change, but that's OK- I do a lot of segmented practicing anyway.  The first chord will get you through 10 bars before you have to reset the keyboard to As and Es which will take you through the next 9 measures, and so on.

For solos like those in Scheherazade, recording myself is an important part of the preparation.  I use my iPhone to record myself.  Sometimes I sync the phone with my computer to enable playback through my Bose computer speakers, but even just listening to the recordings through the phone gives plenty of information as to whether or not I'm on the right track.

This time when preparing Scheherazade I discovered something new about the cadenzas which occur later in the second movement.  My ability to execute these solos is affected by the chosen reed!  I have never understood how a reed can effect the execution of fast technical passages, but the last time I performed the Ravel Piano Concerto with its speedy bassoon part in the 3rd movement, I came to the realization that inexplicably, some reeds made the passage easier to play.  The same is true for the cadenzas in the second movement of Scheherazade:

This past week I changed reeds after the Andantino solo since my "fast" reed was not flexible enough for the Andantino solo.  I prefer not to be constantly fussing and switching reeds, but if it really seems to make a difference, I'll do it.

To practice these cadenzas, I made up exercises for each one which involved careful speeding up and slowing down, striving for control and evenness at all times.  Sometimes I just practiced the patterns over and over slowly.  In the second cadenza, it helps to keep track of each of the first 5 high Gs.  As you can see above, each G has a number above it from 1 to 5.  At first this might be confusing, but it seems to be a good way to mentally keep track of what you're doing.

Over-practicing passages like these can cause problems when the hands become "muscle-bound."  That's why I like to start practicing these cadenzas several weeks in advance so that I don't have to cram during the week of the performances.

If any readers have any possible explanation for why some reeds facilitate fast playing, please let me know! 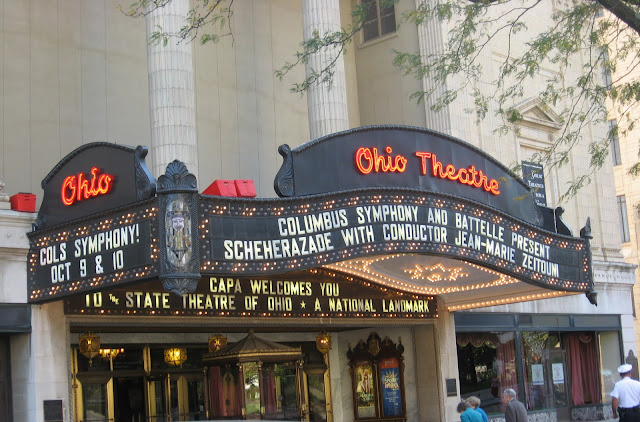 How funny - I was literally just practising this for an audition and then I came online and saw your update!

Hi Chris. That's quite a coincidence!! Good luck on your audition.

Wow! Thank you for sharing. I've only just gotten back into the bassoon-playing scene, so I don't have a well-informed opinion on faster playing reeds versus others. I have 6 reeds right now that were made by the hand of my former bassoon instructor and have been making myself practice on the medium ones with long tones to re-tone my embouchure. Speed is a finger-fumbling issue right now more than a reed-speed thing, but it's good to know what I could be facing in the near future! Seeing the excerpts on your blog definitely give me inspiration to work toward!

Amy, thank you for your comment. You're doing exactly what's called for, since there's nothing better than long tones for getting your chops in shape (and for keeping them in shape!).

Really good question! I wonder if the fast reed thing has to do with the quality of the cane, that is, the tendency of the cane to rebound. Do you think your fast reed is harder cane?

Am enjoying your blog and have recommended it to my students.

Dave, I do think the quality of cane has something to do with the reed's "speed." My fast reed seems softer than other reeds, although it has a big sound, so it is not a weak reed. The reed was not normal and I took it off after the second movement ended!

I'm 1st chair bassoon in an orchestra festival coming up in February, and this is one of the pieces we're playing. In the cadenzas, my notes crack whenever I go from the D up to the high Gs. Is there any way you know of to fix this?

Kevin, try using more half hole on the G. In other words, slide your left forefinger down further when you go to the G, so that more of the top hole is open. It's also helpful to just practice that interval (D to G) over and over.