Undoubtedly, many musicians turn to YouTube when preparing pieces to be performed.  A long time ago, to study repertoire I used to either buy the CDs or borrow them from the library.  Gradually, the classical selection at local libraries began diminishing, even though Columbus has one of the best library systems in the country.  So I started buying recordings on iTunes.  That can be expensive if the piece you need is only available in an album costing $11.99 or thereabouts.

Now, YouTube is where I turn first when I'm studying a piece.  Sometimes YouTube offers the added benefit of visuals of the orchestra, the conductor and the soloists if applicable.

Next week the Columbus Symphony is performing Rimsky-Korsakov's Scheherazade.  The bassoon solos in that piece may very well be the best known bassoon solos in the orchestral literature.  We all know those solos really well, right?  That doesn't mean it's easy to perform them- quite the opposite.  It's darned daunting.

I discovered some very interesting Youtube videos featuring the bassoon solos in Scheherazade.  Here's one of Stephen Paulson, Principal Bassoon of the San Fransisco Symphony, demonstrating examples of his approach to musical phrasing and sound production at the request of Michael Tilson Thomas for the YouTube Symphony Orchestra:

Here is a video of the Philadelphia Orchestra performing the second movement of Scheherazade under Eugene Ormandy, with Bernard Garfield on bassoon and a young Richard Woodhams on oboe:

Here is part 2, which features the bassoon cadenzas later in movement 2:

Next we have the Montreal Symphony Orchestra under Charles Dutoit with Whitney Crockett (who is currently playing principal in LA) on first bassoon.  This video begins near the end of the first movement, so hang on- the Andantino bassoon solo is coming right up (and the cadenzas are included on this video):

The next video features the Vienna Philharmonic under Valery Gergiev:

I also like this NY Phil recording, which, unfortunately I have no audio for, but it features Principal Bassoon Judith LeClair: 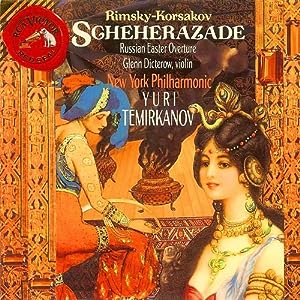 Do you have a favorite recording or video of the Scheherazade bassoon solos?

Thank you, readers, for your thoughtful responses to my 4 nagging questions!  Some of you responded by commenting right here on bassoon blog, and some emailed me.  I've compiled your answers here:
.
1. Do you dry out your swabs after swabbing?
This response really rang true to me:
"No, I don't bother drying out my swabs. I tend to think that keeping the bore "dry" doesn't necessarily mean bone-dry. I think the important thing is that there isn't moisture that has pooled, beaded up, or otherwise collected." The reason that makes so much sense to me is because many bassoonists take steps to humidify the insides of their bassoon cases.  If we wanted the bassoon to be bone dry, why would we humidify it??
Most respondents said that they used silk pull-through swabs, and not one bassoonist said that he/she dries the swab after use.  One bassoonist said he uses cotton as opposed to silk. And while we're on the subject of swabs, my latest youtube search turned up Terry Ewell's instructions on how to make your own swab:
2. Who is your repairman (or who have you heard positive comments about)? Listed in random order:  James Keyes, Chad Taylor, Neil Allen (UK), Benson Bell, Jim Laslie, Paul Nordby, Bruce McCall, Fox Factory, Keith Bowen, John Friedman, Tony Milone, Paul Covey, Holden MacAleer, John Yeh, Carl Sawicki, Chuck Huebner
3. Which left thumb keys do you use for high C4 and above?
I agree wholeheartedly with this response:
"I think that the flexibility of being able to use multiple fingerings is a part of the mastery of the instrument. That applies to a number of notes on the horn!"  This bassoonist said in his email that he chooses the fingering based upon the reed.  Ultimately, that's what I do also- I choose the fingering based upon the reed and the passage in question, even though when I practice scales I tend to use one set of fingerings.  In my case that means using the high D key for C4 and higher.
Other responses:
C key for C4
D key for C4
C + D keys for C4
D key for C#4
C + D keys for C#4
D key for D and above
4. What type of seat strap do you use?
Hook (by far the most common!)
A strap with a buckle which attaches to a key ring
Dutch leg support
(Note from Betsy: I use an adjustable cup seat strap, which never interferes with the functioning of the G or Aflat keys which one bassoonist mentioned concern about.  Older bassoons with smaller boots might have that problem with cup seat straps.)
Several respondents commented that it is highly unlikely that the hook will in any way damage the instrument by applying too much pressure, even though that was a rumor I have heard.  I agree. Thank you all!

What lurks inside the bassoon??

Many musicians read with horror the NPR article about "trombone players' lung" which circulated a few days ago.  A mold called fusarium was detected inside the trombone of a musician suffering from chronic coughing and according to the article, "mold and bacteria could grow in any brass instrument."  It's not much of a stretch to imagine mold and bacteria growing in bassoon bocals (and reeds) as well!  To compound the problem, bassoonists are known to regularly "suck in" and then, in the attempt to avoid gurgling sounds and fuzzy attacks, we actually swallow the contents of the bocal.  Ewww.......

Come to think of it, this could be the main reason why I always prefer to play on new reeds.  Long before scientists ever examined the interior of the trombone, I was leery of the dark interiors of reeds and bocals.  Wood, due to its porous nature, is even more likely than brass or other metals to trap and grow bacteria and mold!  The older the reed, the more time it's had to attract and harbor such toxins.  And since the reed is in direct contact with the player's mouth, I think it makes sense to be very afraid of what's inside of them.  Mold and bacteria thrive on darkness and moisture, so after playing, I rinse my reeds with water and then leave them out to dry off.  (I have paid dearly for that habit, though.  Since I don't keep my reeds in the bassoon case, it's not unusual for me to show up at work without my reeds!) 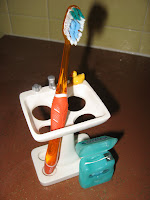 To further promote bacteria-free reeds, I always brush and floss my teeth before playing, every time.  Most bassoonists carry toothbrushes in their cases  for this purpose.  Sometimes we are offered snacks during rehearsal breaks.  I do not indulge unless there's plenty of time to brush and floss before playing again.

As a more indirect precaution, I always wash my hands thoroughly before playing the bassoon.  If there is any bacteria on your hands, there's a great likelihood of introducing that bacteria into the reed.

If I find it necessary to clean a reed more thoroughly, I wash it carefully with hot water and soap and then soak it in hydrogen peroxide.  This is the procedure recommended by a biologist whom I questioned once about the most effective way to clean a reed.

Keeping bocals sanitary is easy as long as cleaning is frequent.  The bocal I'm using now is only a year old, and I have swabbed it every 2 weeks with a silk pull-through bocal swab.  The bocal looks quite clean and nothing comes out on the swab (although bacteria is invisible).  I wash the swab after each run-through and then hang it outside in the sun to dry.  The sunlight has a bleaching effect.  For the wing and boot joints I also use silk pull-through swabs, and every few days I wash them and hang them out in the sun to dry.

After reading about the toxic trombone, I considered pouring rubbing alcohol or hydrogen peroxide through the bocal for extra sanitizing but decided against it due to the drying effects of alcohol and hydrogen peroxide.  I don't want to dry out the cork on the bocal!

Do you have any other ideas to add which might enhance the safety level of the bassoon playing experience?